Call Recordings append 'in' and 'out' rather than mix them 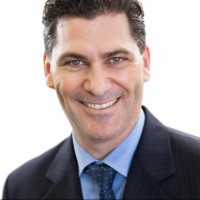 
My basic problem is that recordings made using the FOP2 interface are recording the 'in' and 'out' channel separately, and then appending them into a single .wav file - rather than mixing them so that you can hear both sides of the conversation at the same time.

This does not happen when I record the call using *1 in call. In that case I get, correctly, a single .wav file with both sides of the conversation.

I also note that the bitrate of the FOP2 recording is much higher.

Is this a feature or a bug? Is there some way I can get the FOP2 recordings to mix the 'in' and 'out' so that I can hear the whole conversation?

I had a bit of a look to try and find the FOP2 recording settings, with no success. Somewhere there must be the ability to set the bitrate, and, probably the recording format?

Thanks for any help. I apologise in advance for what may turn out to be a dumb question

It looks like you're new here. If you want to get involved, click one of these buttons!